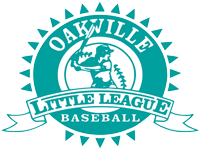 What is the structure of Oakville Little League Baseball?

Oakville Little League Baseball is comprised of youth ages 4-17 that play in one of ten divisions: Blast Ball, T-Ball Instructional, T-Ball Minor, T-Ball Major, Minor American League, Minor National League, Major American League, Major National League, Junior and Senior. Depending upon the level, the playing fields are slightly different in terms of length of base paths, distance from pitching mound, and distance to the outfield fences from home plate.

Oakville Little League has established age cut-offs to ensure players develop appropriately in terms of skills, knowledge, and sportsmanship. However, there are situations where some players may play up or down based on the ability of the player. The Player Agent, on behalf of the League, has the authority to make these moves if it is deemed in the best interest of the player.

Oakville Little League is managed by an elected Board of Directors that administer the league in line with established bylaws. The league is a self-funded, an all-volunteer, non-profit organization.

When does the season begin?

The Oakville Little League baseball season starts the beginning of May with games played at various parks across Oakville. The schedule for the season will be posted prior to the beginning of the season once the teams have been put together and coaches have been given their player list and schedules. Your child’s coach will also distribute a hard copy usually at the first practice or via email. Opening Day will vary based on the division that your child is registered.

How long will the season last?

The Oakville Little League regular season lasts from early May through the end of August. The season ends a little earlier in the summer for some of the younger divisions to give parents an opportunity to take some summer vacation time with the family. This information is provided at the time the schedule is developed and distributed to the coaches and parents prior to Opening Day.

Oakville Little League utilizes several fields across the Town of Oakville. Click here for Maps and Addresses of the parks that are used.

What days and times are the games played?

All teams in Oakville Little League, except for Blast Ball, are scheduled for at least one game a week. Game days are typically played Monday through Thursday, but there may be games scheduled on Fridays based on field availability. Friday is mainly used as a make-up day for rained out games. For divisions T-Ball through Senior, there may not be a set day of the week that the division plays as the number of teams in each division is greater than the number of available ball parks. The Blast Ball division will be played every Wednesday evening from 6:30pm until approximately 7:45pm.

Oakville Little League uses paid umpires to officiate games in divisions from T-Ball through to Senior. All umpires are required to attend training clinics. A plate umpire and a base umpire are used in all games unless a scheduling issue arises causing a shortage of available umpires.

The T-Ball Minor White, Blast Ball and T-Ball Instructional divisions do not use umpires as these divisions are all about learning the fundamentals of the game.

When will the practices begin?

Oakville Little League will start team practices the last weekend in April. During the season, most team practices will be held on Saturday, with the park and the time rotating each week. A practice schedule will be provided with the game schedule before the start of the season.

How often and long will my child practice?

Teams will practice once a week (usually on Saturday with the occasional Sunday). Practice length will depend on field availability, but will typically run 90 minutes.

Where will my child practice?

What equipment will my child need before the first practice or game?

Players should arrive at their first practice with a glove, athletic support (girls and boys), and rubber molded cleats (highly recommended for Minor and up) or sneakers. Steel spikes are not allowed except for Junior & Higher.

Are there any uniform supplies my child needs?

Oakville Little League will provide each player with a full replica major league uniform consisting of a pair of baseball pants, belt (for Major, Junior &Senior), a baseball jersey, a hat, and a pair of one-size-fits-all baseball socks. The player keeps their uniform at the end of the season.

The jerseys don’t provide much warmth, so it is a good idea to purchase a long-sleeve t-shirt to match the colour of your child’s team. Little League International rules state that long sleeve shirts wore by pitchers cannot be white.

A quality leather glove is a must – it is recommended to stay away from vinyl and simulated leather gloves that may be cheaper, but tend to cause the player a great deal of frustration as it is impossible to form a pocket in the glove. Therefore, the ball tends to pop out when the player attempts to catch it. All players should bring a windbreaker, jacket, or sweatshirt to every game and practice, especially early in the season.

When will I find out what team my child will play on?

Oakville Little League conducts a Coaches’ Meetings in mid-April where each coach receives their team roster. Your child should be called by a coach by late April. If you have not heard from your coach by the end of April, please call the League Office at 905-827-1831.

Can my child be placed on a team with one of their friends?

Oakville Little League allows friends to request to be placed on the same team together, but there is no guarantee that it will be approved. Players are distributed among teams based on a skill ratings to insure competitive and balanced teams. For returning players their rating is based on ratings supplied by their coach at the end of the previous season. For new players, the League holds a couple of Player Evaluation days before team rosters are finalized. This balancing process helps to promote even and competitive leagues.

If my child is unhappy with the team they are placed on, can they switch teams?

Only in extreme cases does the League allow children to switch teams after the teams have been formed. Such requests must be made in writing to Oakville Little League’s Player Agent who will discuss the situation with the VP of Baseball Operations. Approval requires extenuating circumstances, so any request is highly unlikely to be approved, and in most cases, we will ask the player remains with their team. Team balance is established early on, and changes of this type are difficult, if not impossible to implement without upsetting the balance that has been established.

If my child decides to quit, is it possible to get a refund?

A refund (minus an administration fee) is available upon request prior to April 1st. After this date, NO REFUNDS are allowed.

Can I keep my child down in a lower division or bring him/her up a division a year early?

Oakville Little League strongly supports age appropriate competition and development. Oakville Little League does not allow players to move up a division or to play down a division to develop additional skills without approval from the VP of Baseball Operations. The only time an adjustment may be made is when there is a safety risk to a player playing in their age appropriate division. At that time, a parent request needs to be made to the VP of Baseball Operations. A decision will be made whether to allow the player to play down.

Are there any rules around minimum playing time?

Are there Time Limits on games?

Time limits or curfews are in the coaches Supplemental Rules handouts.

How many managers/coaches can be on a House League team?

Every team has a manager (head coach). Each team’s manager can have as many assistants as they can find for practices. Every adult manager or coach must complete a Police Check prior to the start of the season.

What are the responsibilities of a manager and a coach?

The team manager oversees the management of the team throughout the season. They are responsible for developing a practice format, creating a lineup card for every game, and ensuring kids get their minimum playing time in each game. Managers are the focal point of the team and must be committed to following through with managing the team from mid-April to the end of the season. Time commitment is usually around 5-6 hours a week depending upon division.

Managers need to be able to commit to be at all practices and games. Managers also must attend a pre-season coaching clinic provided by the League. They must also attend a manager’s meeting with the division representative. As well, they must schedule and conduct a parent meeting at or prior to the first practice of the season.

Coaches provide support during practice to ensure kids get enough attention while developing their skills. Coaches are under the guidance and direction of the manager. Typically, a manager will design a practice format and have assistants take care of coaching small groups of players, assisting with batting practice, hitting, or other assistant duties. Coaches are strongly urged to attend a pre-season clinic provided by the League. All actions of an assistant coach during games are the ultimate responsibility of the manager.

Are there conduct rules that apply during games?

Absolutely! Oakville Little League has Codes of Conduct for Coaches, Players, Parents and Spectators. Oakville Little League does not tolerate foul language or taunting at any level by the players, parents, managers, or coaches. Any spectator, player, manager or coach that is warned is subject to being ejected from the premises and banned from the complex for additional games.

What is the playoff structure?

Regular season with the final standings have no bearing on the Playoff tournament. All teams make the playoffs. Playoff groupings and seedings are determine by a draw from a hat. This approach allows all of the teams to work on developing the skills of each and every player on the team. Managers do not have to win every game, and as a result, they can play players in positions where they can learn without the overriding pressure to “not lose”. The end product is a playoff tournament where every game is a good contest, and the lower seeded teams often rise up. This is by far the best approach to overall player development.

Who do I contact if I have a problem that needs to be resolved by the League?

If at any time you have a issue you feel needs to be addressed or just want information, you can e-mail the League at administration@ollb.org. However, please first discuss any concerns with your child’s Team Manager, then with the Division’s Convenor who’s contact information is on the Board & Volunteer page. You are also welcome to attend a Board meeting and express your concerns directly to the Board with prior approval from the President.